THE FABULOUS TUNES IN THE DUNES MUSICIANS AND TEACHERS OF 2020 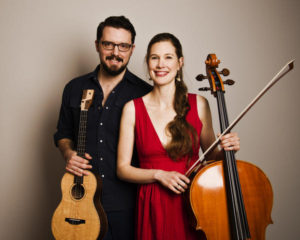 Since their Canadian Folk Music Award- winning collaboration True Love Don’t Weep, Ukulele/cello duo James Hill and Anne Janelle have brought their signature mix of tunes, songs and stories to audiences around the world. They have continued to create several solo albums featuring their original songwritng steeped in classical, folk, pop and blues traditions. In concert and teaching in community they share their passion for music with humor, innovation and dazzling harmonies.   In the mid 2000’s James collaborated with J. Chanbers Duane, the trail blazing teacher who pioneered the  use of ukuleles in Canadian schools. creating the Ukulele in the Classroom Program Then came the JHUI Teacher Certificate followedd by The Ukulele Way.  These are all resources that focus on teaching the art and science of solo ukulele (playing melody, harmony and rhythm simultaneously on one instrument).  Recently James has launched Uketropolis, a ukulele site with these courses and more. www.Uketropolis.com and www.wecanmakeachange.org 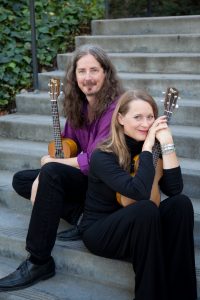 Heidi Swedberg and Daniel Ward believe in the power of social music and the important place the Ukulele has in bringing people together.  They love to travel the world, performing and teaching all ages how to play and sing in hjar,mony.  Heidi, who was born in Hawaii, has played ukulele since age 5. Daniel’s unique style, which incorporates flamenco, clasical techniques to rocking riffs, comes from a 30 year career as a versatile guitarist. As teachers, they bring their passion and humor to the classroom, as well as the ability to break down complicated concepts and techniques into simple steps that enable players of all levels to enjoy making music. Both Heidi and Daniel write regularly for Ukulele Magazine and enjoy learning more abouit the ever-expanding world of the Ukulele.
Danielward.net and SukeyJumpMusic.com 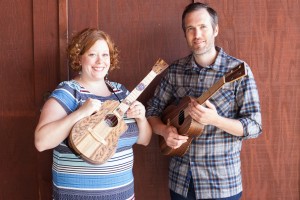 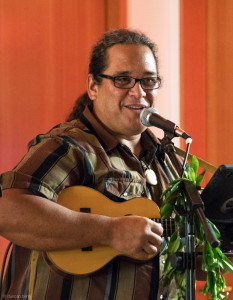 Walt Keale is a musician, activist, poet, kahu and storyteller, husband and father.  HIs story is rooted in the Hawaiian traditions of Niihau where his mother’s family has been for over a thousand years. His Father’s Arkansas family migrated to the rich farmland of the San Joaquin Valley during the Dustbowl years. In his music you hear the sounds of Niihau, influences from his uncle Moe Keale, the bluegrass of the Dustbowl and the Latin rhythms of cambia and ranchera. He has created several unique albums, Kawelona:  Ride the Sun and Aina Kaula:  Motherland, and won the Na Hoku Hannah award for group of the year with Kaukahi in 2007.  His latest album, Hanumoku: Bury Me relflects his latest intellectual-spiritual and aina-land-stewardship pursuits with each song representing one of the 9 elements spoken of in his family. The Sun, Moon, Fresh & Salt Water, Creator/ human beings, Wind, Fire, Land, Ancestores & Guardians. His music reminds us that “there are still people, places and moments that conjure sacred times and bring them forward.”  kealemusic.com

Andy Andrews ukulele passions and skills guide us in experiencing joyful music together. 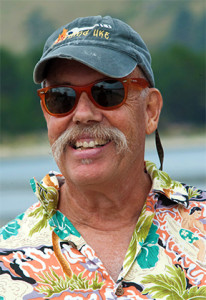 Andy Andrews co-founded the Ukulele Club of Santa Cruz, CA and helped guide the club to hundreds of members and has been featured in two documentary films,”The Mighty Uke” and “Under the Boardwalk.” He teaches music workshops at ukulele festivals on the mainland  and in Hawaii. In 2004 he produced the legendary “UkeFestWest” festival in Santa Cruz, and at that event he created the “Ukes for Kids” program that has given away hundreds of ukuleles to children and teachers. 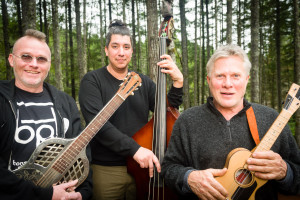 Bryan Holley is a musician, ukulele teacher, and songwriter who loves to sing. 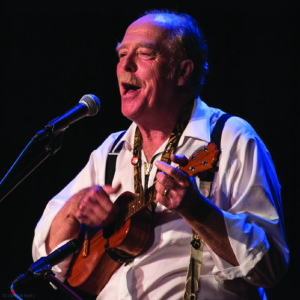 Bryan lives in Ashland, Oregon where he specializes in teaching beginners of all ages. He has concentrated his lifelong passion for music into a series of ukulele workshops with useful handouts and song charts that help participants advance their musical journey. His workshops have explored Hawaiian and Latino music, the songs of Pete Seeger, the hits of 1915 and fingerstyle ukulele.

Learn more about Bryan at:  bryanholley.org